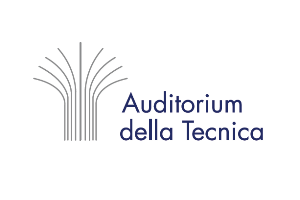 Ciampino and Fiumicino airports are on the outskirts of Rome, but they are both conveniently linked to the city centre and its surroundings.

Termini central railway station is the point of arrival and departure for almost all trains from Italy and abroad. The majority of public buses leaves from Termini to the different areas of the city and the two existing underground lines have their changing terminal there. If you travel from Northern Italy, Eurostar trains are the fastest to reach Rome, departing from Milan and Venice. The estimated time is 4 hs 30 min. Next best station is Tiburtina, main stop for all the trains to Fiumicino airport. Almost all the trains operating at night lead to this station located in Southwestern Rome.

Bus links from/to Italian and foreign major cities are not so frequent in Rome. For this reason you won’t find an out-and-out central station. Almost all the long distance buses end their journeys outside underground stations, among which the main are Tiburtina and EUR Fermi.

If you drive from Northern Italy on the motorway A1, leave the motorway at “Roma Nord” tollgate. Arriving from the South on the same motorway, leave at “Roma Est” tollgate and you will find yourself at the “Grande Raccordo Anulare”, major beltway linking the motorways and state roads leading to Rome. The most important are Via Aurelia (to Pisa and Livorno), Via Cassia (to Viterbo and Siena), Via Flaminia (to Umbria region), Via Appia Nuova (to Ciampino airport) and Via Cristoforo Colombo (to Ostia).

How to reach the venue

DISCOUNTED HOTEL RATES
We have a limited number of exclusive hotel deals for attendees of this event.
These special offers can be booked by telephone or online.

BOOK YOUR HOTEL BY PHONE OR EMAIL
If you would like assistance with your hotel booking you can contact our hotel experts.
Simply call +44 20 7292 2320 or email AssistMe@HotelMap.com with your requirements, phone number and Special Reference Code (M8MAE) and they will get back to you to discuss your hotel options.