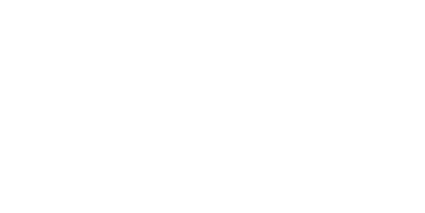 Milan is in the north of Italy and is easily accessible both by land and by air. It is Italy’s international gateway with three good-sized international airports. These are the easiest and fastest ways to get to Milan depending on where you are departing from:

Since the arrival of European low-cost airlines, Milan and Lombardy have become popular tourist destinations in Italy. Very close to the Italian lakes and other remarkable towns and villages, the capital of Lombardy currently has over 36 million passengers arrive or depart from Milan’s airports.

Travelling from the U.S.

It is difficult to find non-stop flights from the United States to Milan. Nevertheless, there are many one-stop flights between international airports like Chicago (ORD), Los Angeles (LAX), Boston (BOS), Houston (IAH) and Dallas (DFW). These are not necessarily expensive. If you do not live very close to an international airport, we recommend flying to New York for a connecting flight to Milan. Presently, the only direct flights to Milan are offered by Delta Airlines and Alitalia that fly from New York JFK to Milan (Malpensa Airport). United Airlines also offers non-stop flights from Newark to Milan. All flights from the U.S. fly into Malpensa Airport.

The most frequent flights to Milan from Australia are by Emirates, Singapore Airlines, Etihad Airways and Virgin Australia. These fly from Sydney, Melbourne, Brisbane and Perth. Flights normally take between 23 and 30 hours.

If you are flying from the United Kingdom, the airlines that fly most frequently to Milan’s airports are the following:

Check out our search engine to find cheap flights to Milan. We compare the main companies and offer you the best prices available.

How to get to the centre of Milan from each airport

Milan Malpensa Airport (MXP) is Milan’s largest international airport. Discover how to get to Milan city center from Malpensa and other useful information.
Read more

Milan Linate Airport is one of the three airports that connects Milan with the world and the second largest. Find out how to get to Milan city center.
Read more

Bergamo Airport (BGY) is where most low-cost airlines fly to in Milan. Find out how to get to Milan city center from Bergamo.
Read more

If you have planned to discover Italy during your stay, the best way to get around the country is by train. If you are travelling from Venice to Milan it takes 2 hours by train. From Rome it takes 3 hours. If you are not in a hurry, there are cheaper trains that take a little longer.
If you would like to check out the routes and tariffs, check out the following website: Ferrovie dello Stato

If you are travelling on a budget, you might prefer to travel around the country by bus instead of by train

We have a limited number of exclusive hotel deals for attendees of this event.
These special offers can be booked by telephone or online.

BOOK YOUR HOTEL BY PHONE OR EMAIL

If you would like assistance with your hotel booking you can contact our hotel experts.
Simply call +44 20 7292 2320 or email AssistMe@HotelMap.com with your requirements, phone number and Special Reference Code (MKKEJ) and they will get back to you to discuss your hotel options.